The Louvre: Home to Thousands of Artworks from Around the World

As French artist Paul Cezanne once advised, “Keep good company – that is, go to the Louvre.” Not only artists, but people from all walks of life, find delight and wonder time and again in this extraordinary centre for the arts in Paris. Cezanne also referred to this world-renowned gallery as “a book in which we learn to read” – little did he know his own works would one day adorn the walls of the gallery, inspiring and teaching visitors along with other greats such as Da Vinci, Van Gogh, Michelangelo and Caravaggio, to name but a few. Cezanne’s recommendation – to soak up knowledge from this rich institution – is something that every visitor will identify with as soon as they enter the Louvre’s walls.

A Long and Colourful History

Set alongside the picturesque Seine River in the 1st arrondissement of Paris, the Louvre is easily accessed by the numerous metro stations nearby, such as the Louvre – Rivoli and Palais Royale – Musée du Louvre. The history of the Louvre is as fascinating as the collections it houses, with the site of the original fortress rooted back in the 12th century – the foundations of this castle can still be seen in the basement level of the gallery.

In the 17th century, the Louvre palace was home to the flamboyant Louis XIV before he moved the French court to the newly-built, extravagant palace at Versailles, just outside of Paris, which can also still be visited today. When Louis left, the Louvre became the site of his extensive royal art collection, added to by Napoleon, Louis XVIII and Charles X over the following century. By the 20th century, war was spreading across Europe and all but a few artworks were removed from the Louvre and sent to a chateau in the Loire Valley for safety, only returning to Paris once France was liberated in 1945. Today it is home to more than 380,000 historic objects and 35,000 works of art.

Annually receiving around 10 million visitors, the Louvre houses some of the most famous, celebrated, controversial and historically significant artworks in the world. Because of its vast size, the museum provides guests with maps in 13 languages and daily guided tours to help navigate the vast 60,600 square metre museum. Collections are clearly divided into eight colour-coded key areas: Egyptian Antiquities, Near Eastern Antiquities, Greek, Etruscan, and Roman Antiquities, Islamic Art, Sculpture, Decorative Arts and Paintings.

Rooms are numbered and there are orientation tables and panels installed in every room, using arrows to help guide you to the next section. This layout makes it easy to explore the areas you’re really interested in or, for beginners, allows a logical, chronological introduction to an overview of the museum, so you can really learn about the progression of art movements through time.

As you approach the museum on arrival, the most striking aspect that you’ll notice is the contrast between old and new created by the grand, Renaissance architecture of the palace and the modern glass pyramid entrance, built in 1989. This prominent and controversial addition is now the feature by which the Louvre is most famously recognised – since completing the museum, attendance has doubled. The outdoor area around the pyramid is known as the cour carrée and is decorated with soothing fountains and public benches.

This square opens up onto the Jardin des Tuileries, a huge expanse of garden stretching alongside the Seine where visitors can eat lunch and enjoy the sun in summer months. Once inside, you’ll be met with the inverted pyramid – a similar structure to the one above ground but this time pointing downwards into the foyer. This much glass, allows the entrance to be flooded in natural light so the pale marble floors and walls are illuminated, creating a  hospitable welcome to the museum.

What Not to Miss

Arguably the most famous painting housed at the Louvre, if not worldwide, is Leonardo Da Vinci’s Mona Lisa. This painting has its own dedicated exhibition area and is easy to spot as it will have a constant throng of eager visitors assembled around it. Still, it’s worth waiting your turn to get a glimpse of the artwork with your own eyes – you may be taken aback by how small it is, but its power over the beholder is certainly great. The portrait’s origins are shrouded in mystery, from the true subject in the painting, to the background scenery and, of course, whether the eyes really do follow you around the room. Giving this piece a few minutes of your time to just soak up the unusual colours and to decipher what emotions the subject may be hiding is definitely worthwhile.

Alongside the Mona Lisa, there are plenty of other famous and beautiful artworks to be explored in the gallery. The Venus de Milo – one of the most famous Ancient Greek sculptures created between 130 and 100 BC – has its home here. Originally found in a cave on the Greek island of Milos by a local farmer in 1820, this statue is famous for its lost arms, one of which is thought to originally have clutched an apple. Other works that mustn’t be missed include the Diana of Versailles statue, Death of the Virgin by Caravaggio and Michelangelo’s The Dying Slave.

If you’re an art fan, however long you are in Paris, you must build a visit to this unparalleled gallery into your trip. Whether you stay for an hour or the whole day, there is no chance you will regret time spent at this dedicated monument full of world history and culture – take away astonishing memories that will stay with you for many years to come. 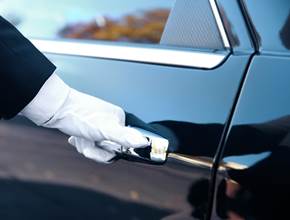